Steelhead Fishing on the Pacific Coast

Steelhead are one of the most beloved and admired sea-going fish that return to our rivers. They are at times elusive, called “ghosts of the river” by authors and anglers alike. It can take hard work, determination and a big time commitment to try and catch your first one.

But after that first hook up, the tug-of-war battle, and that brief moment of admiration and gratitude, when you are holding your prize, and as you let go and watch her slowly swim out of your hands and dissappear into the green river water… that’s what makes the payoff seem worth every minute of effort put into the task. Wild Steelhead still return to many of our rivers, and their protection has been seen as one of the paramount battles that our angling community has taken up.

Wild fish are protected and must always be handled and released with care. It is the returning hatchery fish that provide us with a chance to bring something home for the table. We drive hours each way for a day of Steelhead fishing in the wilderness. Hiking through canyons. Bushwhacking through heavy forest. Standing in crowded places on the banks of a frozen river at times. Covering a dozen miles of river in the drift boat. The hunt is on. We spend our hard-earned money on waders, clothing, rods, reels, and a rediculous amount of tackle because, “who knows what these fish will want to bite on today?” We read and read about Steelhead. You won’t find another fish that stirs up so much passion and emotion and effort as the Steelhead.

Steelhead Through the Seasons

I think I’ve caught Steelhead in every month except September. I’m not saying that to brag, in fact I don’t consider myself an expert Steelhead fisherman, if that is such a thing, but I have put in a lot of time. A river might have several different runs (winter hatchery, winter wild, summer) that give fishermen a good chunk of the year to catch them. Here in Washington, our Summer Steelhead start to filter into our rivers in May and don’t spawn until December/January. Winter Steelhead trickle in October/November and I’ve caught one as late as June. So where I live, within a two hour radius from my home, there always seems to be at least one river I can drive to and fish.

There are some rivers where you can fish for Steelhead year round. Most rivers do not have a year round fishing season, and most rivers are closed to fishing when the Steelhead are spawning.

Steelhead fishing is mainly done in our rivers. You can fish for Steelhead in the largest rivers on our coast: Skeena, Fraser, Skagit, Columbia, Willamette, Rogue, and others. You can fish the tiniest streams and catch Steelhead. They are well distributed throughout or region. They can hold in the deepest and slowest pools of a river, sometimes found in the shallow tail outs of a run, other times in the small pockets of calm in a stretch of raging rapids. Exploration is a large factor in Steelhead fishing success.

It is difficult to fish for them in the salt, but there are a few hush-hush places in Puget Sound where shore fishermen catch them occasionally.

Heavy rains could lift the rivers past the point where fishing is even a possibility, or “just enough” to end a period of drought and give us perfect fishing conditions. Muddy water is tough. Cold clear water is tough. The fisherman’s prayer is that the rivers will be at just the right height, flow and clarity on their fishing day, but often have to adjust their tactics and strategy because they rarely are. Each river has a unique character. Rivers on Washington’s Olympic Peninsula are free flowing and see some of the most intense weather systems come and go so quickly that the river flows are a roller coaster of high-low-high-even higher-high-low. For many of the regions rivers, snow level and snow pack shape the fishing season.

One weekend you could be fishing in high and colored waters, the next the river might be so low and clear you can walk across it. That ever changing environment is what makes Steelhead fishing so interesting. 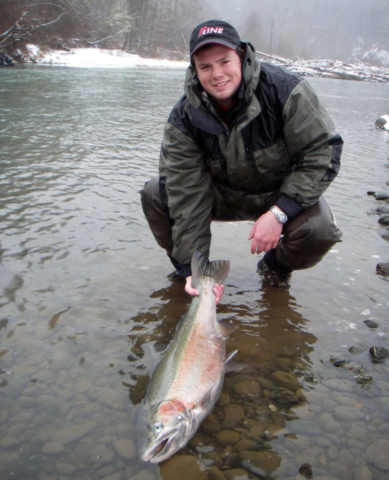 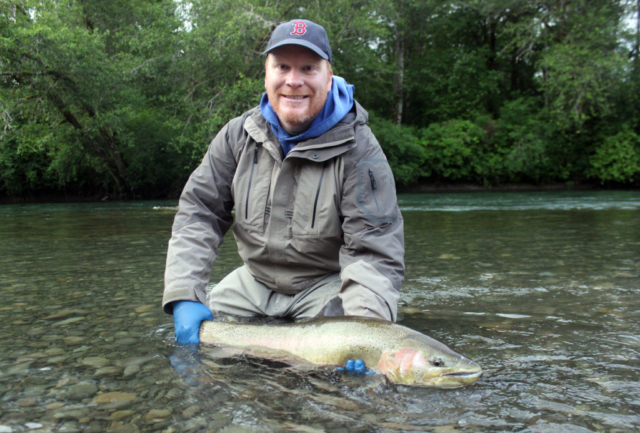 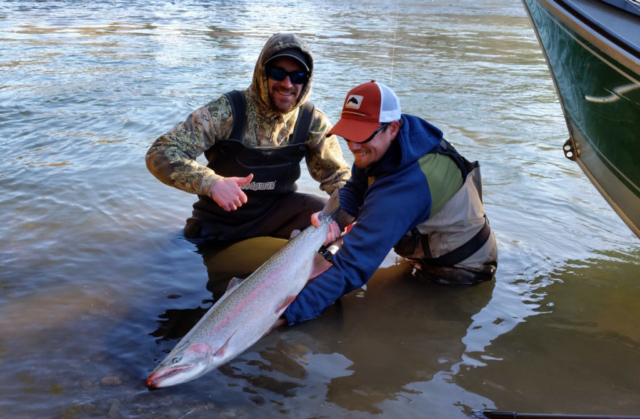 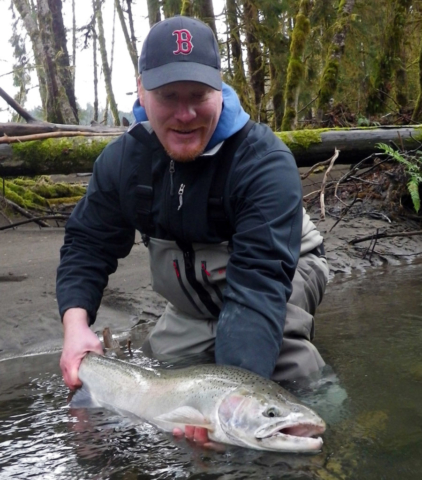 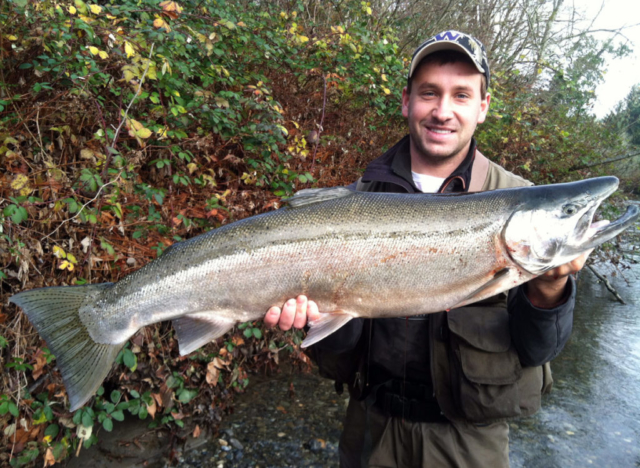 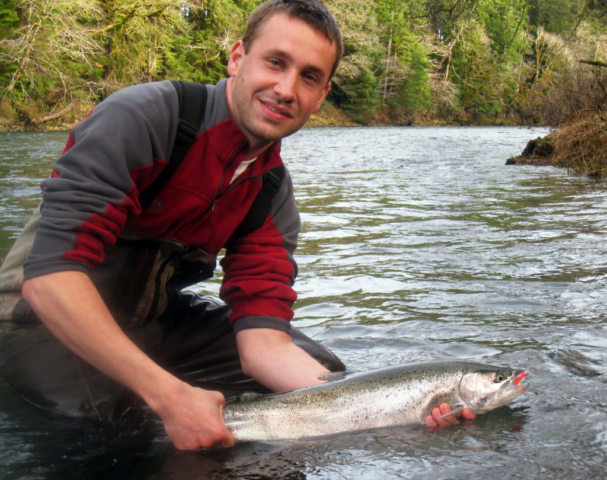 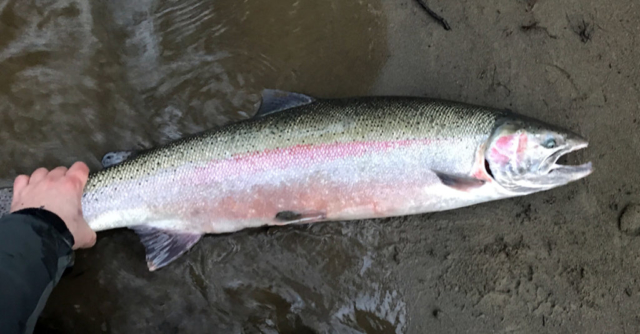 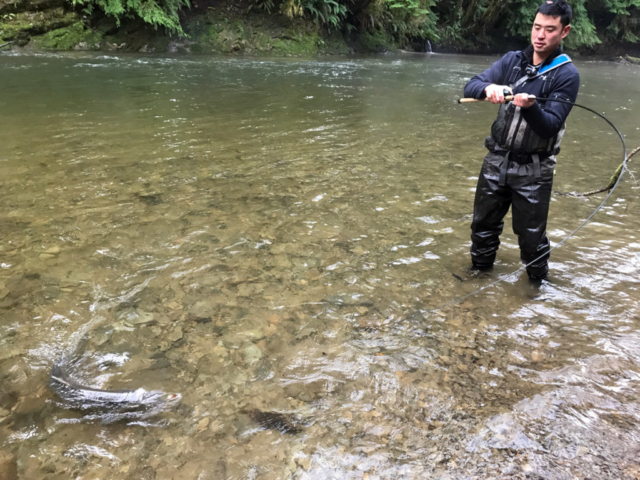 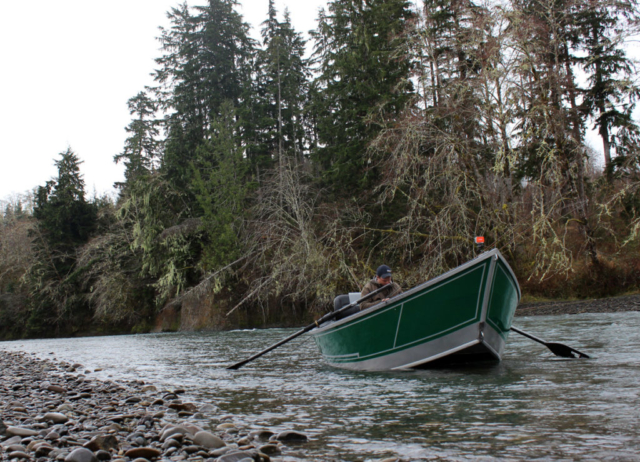 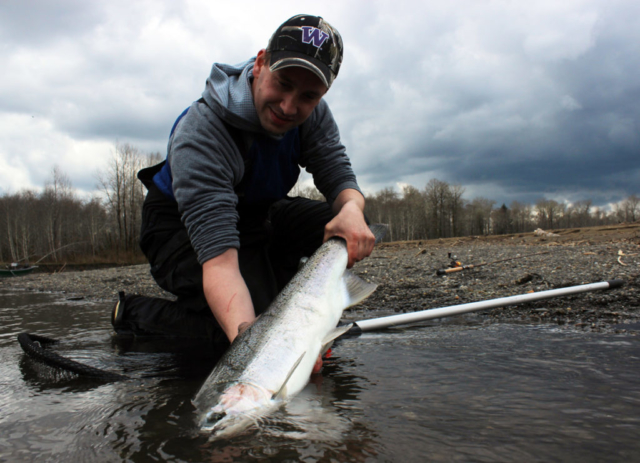 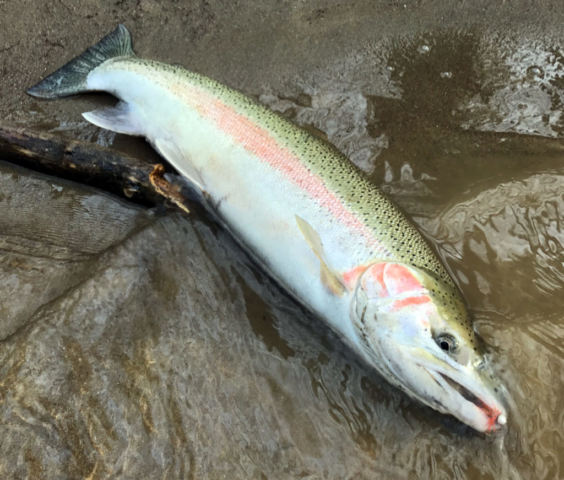 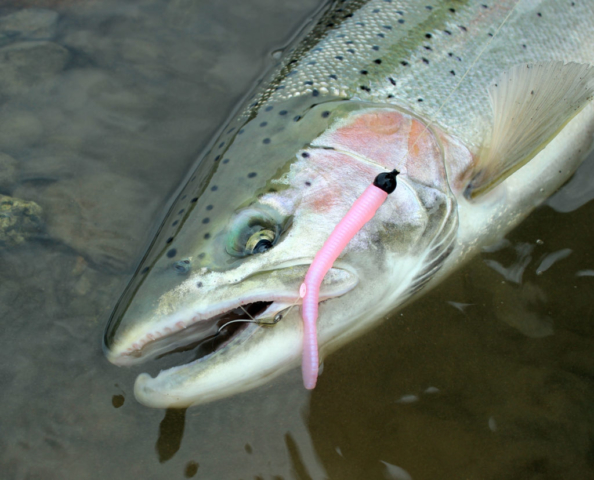 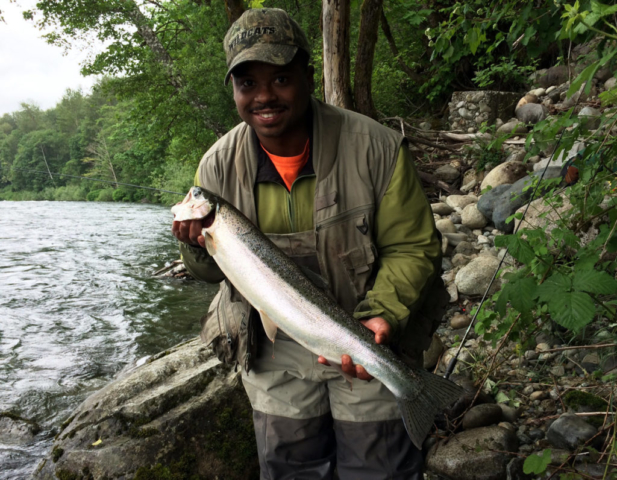 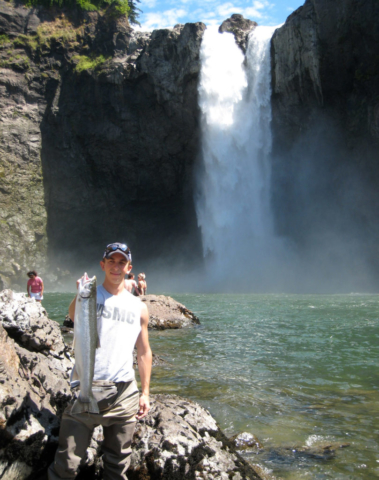 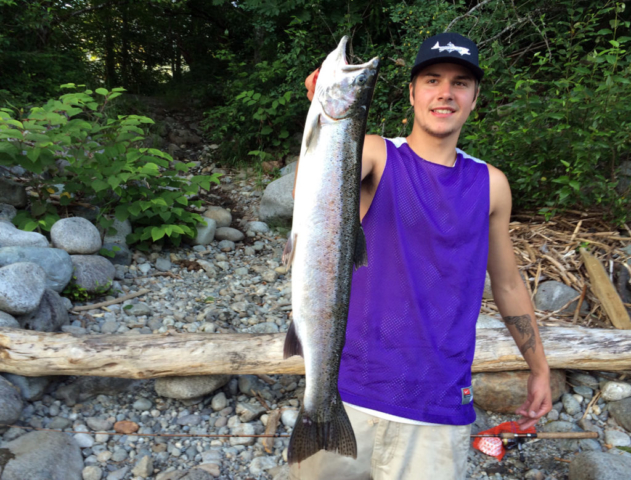 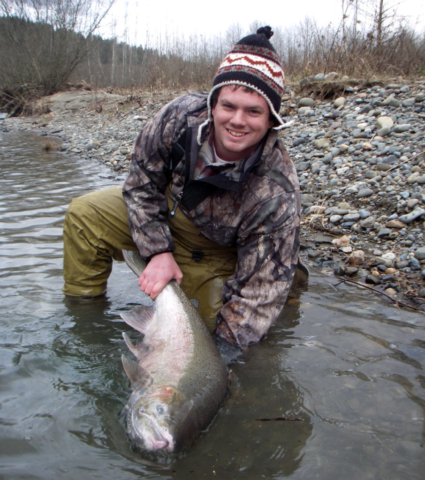 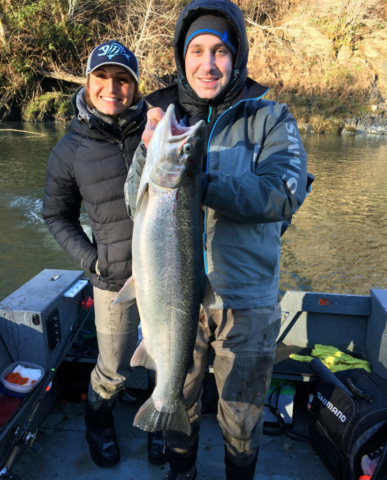 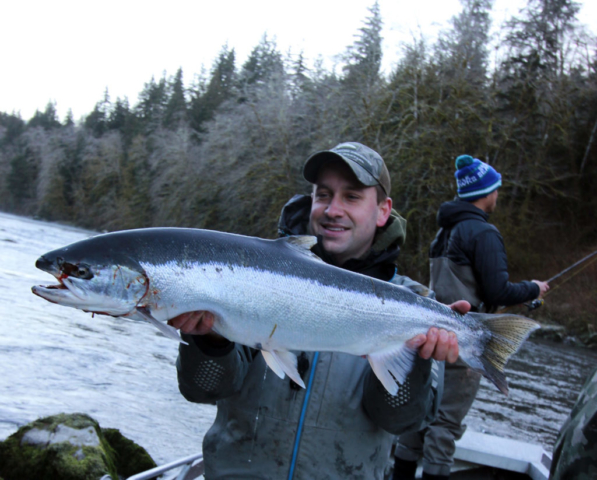 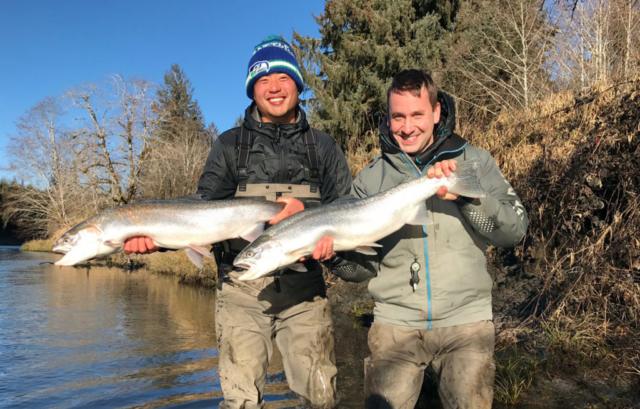 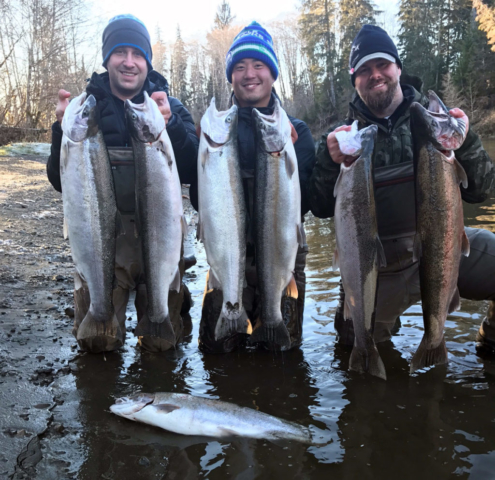 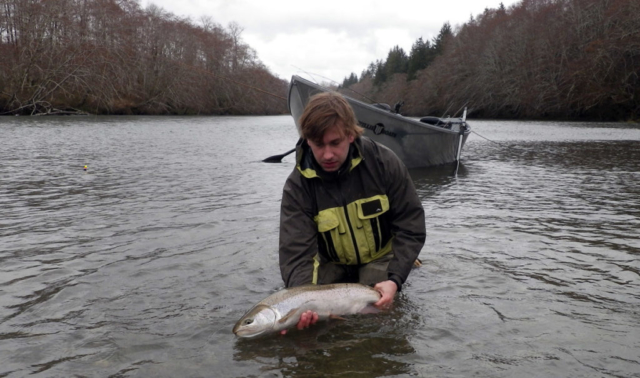 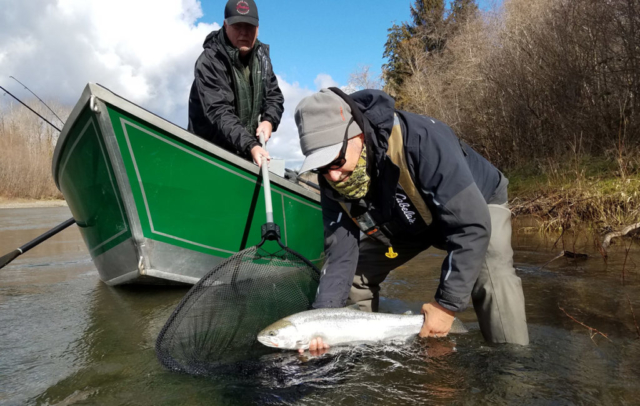 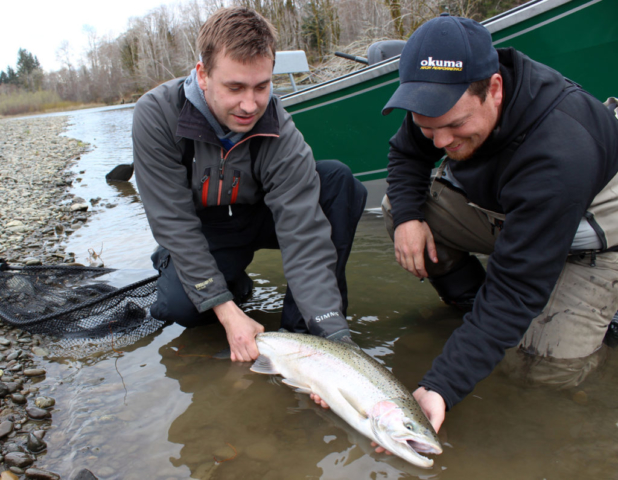 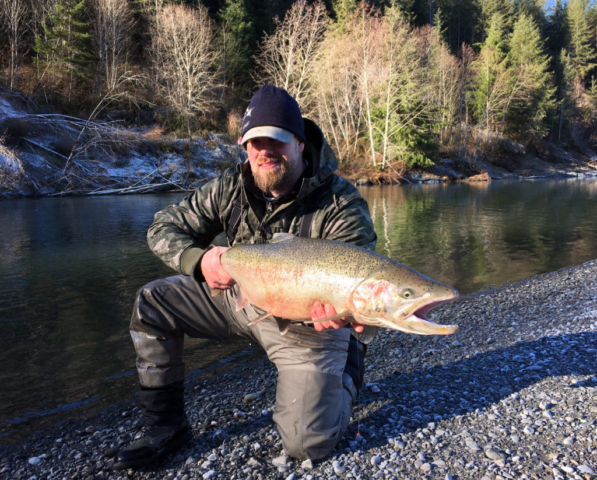 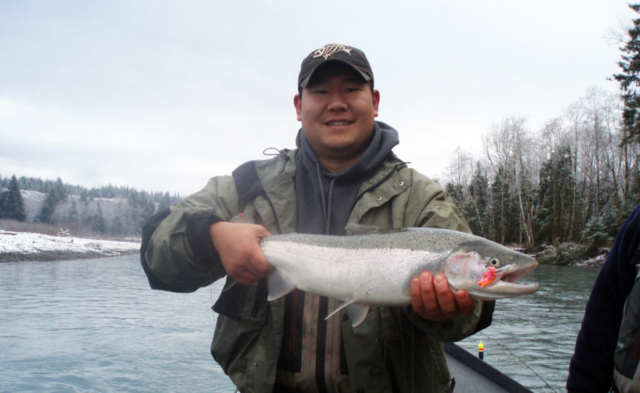 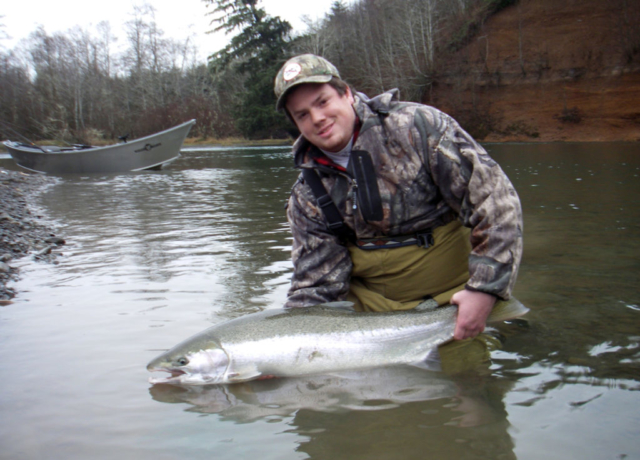